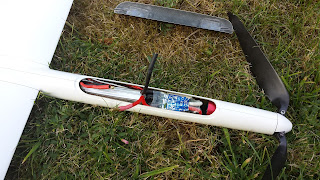 Entry numbers in flat field soaring classes have been in decline in recent years in the UK and elsewhere. Most people feel that electric flight is the future of many aspects of flat field soaring. The benefits are many - space requirements, simplicity, ease of use etc. The concept of F3B electric is simply to replace the traditional winch launch with an electric launch to a height determined by a limiting device - several such devices are available for e-soaring and F5J. Otherwise the rules remain the same with each competitor flying duration, distance and speed tasks. Using height limiters means it is possible to fly electric F3B models against winch launched models, in a mixed competition.

The technology of brushless motors and particularly lipo batteries has improved enormously in the last few years. This has also coincided with significant advancements in composite technology for rc gliders. At the time of writing it is possible to buy a 4m glider that weighs under 1.8kg at flying weight. With the increasing popularity of F5J there are now a number of airframes for electric flight that are even lighter than their "pure" glider F3J equivalents because they don't need to be built to withstand a two man two or winch launch.

The situation is somewhat different in F3B, where the power requirements are considerably greater than F3J and F5J. Clearly an electric version of an F3B model requires a power-set that can launch the model with ballast for the speed and distance tasks. F3B launch heights are typically well over 250m, so an equivalent electric set up needs to be able to launch a ballasted model (say 3.5kg) to height in a reasonable time. The model will still also require a strong wing due to the g-forces encountered in speed. F3B models are also designed for minimum drag and therefore have very thin fuselages.

To that end electric F3B pioneer, Clive Needham, has been working with Tony Fu of Sloperacer to find a suitable motor combo for for F3B electric. Clearly inrunner motors have a smaller diameter than outrunner motors, but offerings from the likes of Kontronic and Hacker typically state max power outputs of around 500 watts, which is inadequate. The motor/gearbox combination that Tony has devised is a special long Leopard inrunner coupled to a Reisenauer gearbox. Diameter is 28mm, max power is over 1kw, with high efficiency. Clive has done a considerable amount of flying with his electrified Dingo and has found that the model performs very well. 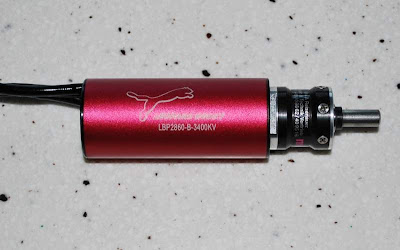 With the availability of 70C batteries, at the time of writing, and no doubt more in the future, the setups we have been experimenting with are not adding significant weight to the airframes. Nor are they spoiling the look of these graceful models. 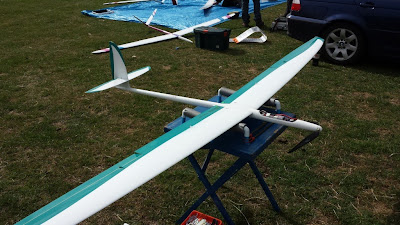 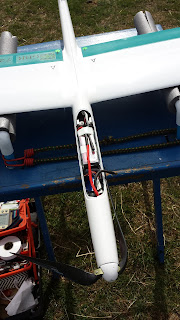 I think it is possible that F3B airframes can be made lighter for electric launch, with fuselages specifically design for motor installation. Whether this will happen depends on the future F3B situation in the central European countries, such as Germany and the Czech Republic, which are the core areas of F3B competition and model design. If people in those countries take an interest in F3B electric, clearly specific models will start to appear, with pre-installed motor mounts and better battery access. At the time of writing very few if any of the top F3B models are available with a electro fuselages, and if they are it is a large fuselage for a hotliner set up. However, some F3B models can already be flown at 1.9kg which would probably only be about 2.1-2.2kg with an electric motor. At this stage we are mostly modifying existing fuselages to take the electric power trains. Samba Model, of Pike fame, has recently released an electro fuselage for its Pike Precision F3F/F3B model, which looks promising.

Advancements in battery and motor technology will no doubt continue apace, which will result in lighter more powerful setups. Currently we are looking at power outputs of around 1.2kw with a 4 cell lipo with the Sloperacer motor (the logging facilities of Castle Creations ESCs have been useful). These models also make great sport fliers as well, of course. 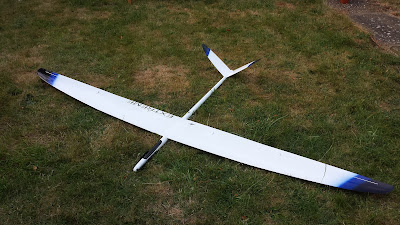